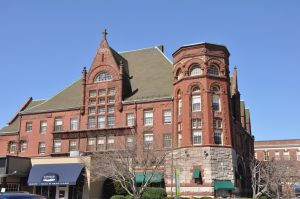 Weymouth is one of the South Shore’s more affordable cities and offers a short commute to downtown Boston. It was also home to Abigail Adams, wife of President John Adams, a number of hockey notables, as well as Booker T. Washington and Frank Lloyd Wright. But being so close to Boston and the greater Boston metropolitan area means it has its fair share of car accidents.

Factors that cause car accidents are many and varied. These include:

If you or a loved one was injured or killed in a car accident, call a Weymouth car accident lawyer from the law firm of Burns and Jain at (617) 227-7423.

Distracted Driving on the Increase

Drunk driving has been a major factor in car accidents for decades, though the incidence is slowly decreasing. However, distracted driving may have replaced drunk or drugged driving as one of the more common causes in car accident injuries and fatalities. In 2016, our state saw fatal accidents increase by 12.8%, more than double the national rate. Much of the increase is blamed on texting while driving.

Massachusetts law bans nearly all use of cell phones while driving though adults are allowed to talk on hands-free devices. Drivers under 18 years of age are totally banned from any use of a cell phone while in the car, even if stopped at a stop light or stop sign.

In Weymouth, the In Control Crash Prevention Program partnered with the state’s Executive Office of Public Safety to educate drivers about the dangers of distracted driving. In a demonstration of what happens while texting and driving at a speed of 50 miles per hour, a reporter was asked to perform a simple task using a small hand held calculator. He was to stop when he saw flashing orange lights on his dashboard. The reporter failed to notice the lights until 7-seconds after they began flashing and went about 515 feet farther than he should have if he had stopped when the lights first flashed.

When you use a cell phone, certain distractions occur:

Statistics indicate that it takes the average driver about 5 seconds to send or read a text message. At 50 miles per hour and traveling at 73.3 feet per second, you would travel 366.5 feet, which is farther than a football field. This is more than enough time and distance to completely miss a hazard such as a pedestrian, bicycle rider, animal, child running into the street, red traffic signal or stop sign, or another vehicle in your lane of traffic.

The director of the driving safety project pointed out that while your eyes may have noticed a hazard, your brain is engaged in some other activity so that your perception/ reaction time is increased and your risk of an accident is dramatically heightened.

Teen drivers are usually singled out for causing or being involved in more serious and fatal car accidents than older drivers. Of course, inexperience is one reason but teens are more prone to taking risks and using poor judgment. Drinking and taking drugs are prevalent in this age group as is use of a cell phone, despite bans on any cell phone use while driving.

Car accidents are the number one cause of teenage fatalities with an increasing factor being the use of cell phones. Some 40% of teens report that they have been in a vehicle where the driver was using a cell phone unlawfully. Your risk of being in an accident if texting while driving is increased by 400%. The need to respond to a text within minutes is endemic among teenagers overall, perhaps contributing to the now recognized epidemic of distracted driving accidents.

As parents, we can re-focus our teens on the task of driving by leading by example. Point out to your son or daughter that you refuse to use your cell phone while driving or point out other motorists who are using one. Having to use your horn to alert the driver ahead of you that the light has changed is nearly a daily occurrence. Also, keep reminding your teens to shut off their phones or to keep them from easy access while they drive. Point out to them that if they must respond, then pull over into a parking spot or lot and turn the engine off since your teen could otherwise be cited for unlawful use.

Damages in a Weymouth Car Accident

Compensation in a car accident injury claim depends on the nature and extent of your injuries. This includes the seriousness of your injury and the impact it has had on certain aspects of your life.

Damages typically include the following:

Retain the Law Firm of Burns and Jain

There are numerous lawyers to choose from if you or a loved one suffered injuries because of the fault of another motorist. Choose a Weymouth rear end car accident lawyer from the firm of Burns and Jain, lawyers who have been representing the interests of Weymouth residents and those from all over the commonwealth for decades. You can be assured that you will have the best opportunity to obtain the most compensation for your auto accident injury claim. Call us at (617) 227-7423.