A South Carolina trucker who rear-ended a passenger vehicle containing a husband and wife has cost his company $3.75 million in a settlement reached after the trial had just begun.  The only good news is that the verdict has prompted the company to drastically alter its cell phone policy and practices with its drivers.

Although the trucking company had a policy prohibiting its drivers from using cell phones while driving unless it was through a wireless Bluetooth device and then for no more than 2 minutes, there was evidence of little to no enforcement. Phone logs obtained from the company showed widespread violations of the policy with no sanctions imposed by the company on its drivers. The driver in question had reportedly been using his cell phone for 7 of his 8 1/2 hour driving shift that day. 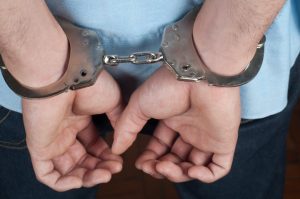 The truck driver denied using his cell phone when he slammed into the rear of the couple’s car and alleged the car did not have its lights on and had stopped in the middle of the road. The car fortunately had a black box device on board that showed its lights were on and that the car had decelerated to 10 miles per hour with its right directional signal activated.

The South Carolina trucking company now totally bans cell phone use by its drivers. A representative from the state’s trucking association stated that many of its in-state companies have banned all cell phone use with some and having installed cameras in their truck’s cabs to monitor drivers and reduce the incidence of a truck accident.

Hands-free use of cell phones is permitted according to regulations promulgated by the Federal Motor Carrier Safety Association (FMCSA). Of course, any company can have policies that are even more restrictive.

The Dangers of Distracted Driving

In Massachusetts distracted driving is now considered riskier and more dangerous than drunk driving. Studies show that a person takes his hands off the wheel and eyes off the road for an average of 5 seconds when texting or even reading a text. You are up to 26 times more likely to be involved in an accident when texting. If dialing a cell phone when driving, you are 6 times more likely to be involved in a collision, to lose control of your vehicle or take drastic evasive action that can result in an accident. Even reaching for a cell phone or any other object while driving increases your risk by 3 times.

Any critical encounter between a truck and a passenger vehicle will not end safely for a car that often weighs 15 to 20 times less than a semi-tractor trailer. Unless the truck rolls over, few truckers are injured in a truck accident with passenger cars. As commercial carriers, truckers and truck companies are held to higher standards of care. Any violation of a federal or state regulation related to an accident often results in a finding of liability on their part.

Cell phone Use by Commercial Carriers

The FMCSA regulates trucks engaged in interstate commerce, which includes most truckers and trucking companies. Its rules forbid any texting at all. Texting is defined as manually entering alphanumeric text or reading text from an electronic device. You are allowed to touch one button only in activating or talking into the hands-free devices. FMCSA regulations will supersede more lenient state laws.

Drivers are only allowed to text or to read a text if pulled over to the side of the road. You cannot do so when stopped in traffic, no matter how long you are stuck. You are allowed to use a device for dispatching so long as you do not use it for texting and the device is part of the company’s fleet-wide management system.

As to whether there is rampant cell phone use violation, a New York television station videotaped numerous instances of truckers on cell phones while driving. One was taped with a cell phone in each hand. A commentator noted that enforcement of strict cell phone laws is much too lax. According to the Department of Transportation, 16,000 truckers were cited last year for unlawful cell phone use but only four drivers were suspended and taken out of service.

Penalties for Unlawful Cell Phone Use in Massachusetts

Truck drivers and trucking companies face stiff penalties for unlawful cell phone use. These include:

Damages in a Distracted Driving Accident

Given the huge disparity in size and weight between a car and most trucks, occupants of passenger vehicles are more likely to suffer serious and often catastrophic injuries if not death. Damages may include: