Our client bought a washing machine. The delivery man arrived without a helper. He asked our client to “just guide it” around a corner step. Unfortunately, the delivery man failed to secure the machine onto the dolly, and while going around the step, the machine fell off the dolly and onto our client. Our client suffered a back injury and underwent microsurgery at the New England Baptist Hospital. However, he still had to undergo the surgery, so we felt he was deserving of compensation.

At this point, we started running into obstacles — the appliance company went into bankruptcy, the delivery man testified that he did not remember the incident, and the insurance company considered denying coverage as the vehicle used for delivery was not a company vehicle. Determined to advocate successfully for our client, we took depositions of everyone who worked at the store and the president of the company. As a result of the strong evidence secured, the case was settled, for $173,000.00 at mediation three months before trial.

On December 15, 2008, our client, Lisa, was coming from the bathroom in a big box store in a mall in the Greater Boston area. The floor had two different surfaces – it went from tiled to bare concrete. The threshold between the two floors was a metal strip. Our client tripped and fell when her foot hit the threshold. She sustained an ankle fracture requiring bed rest and loss of wages as a hairdresser for over one month. The result was a 4% loss of function of her leg, according to the orthopedic surgeon who treated her. 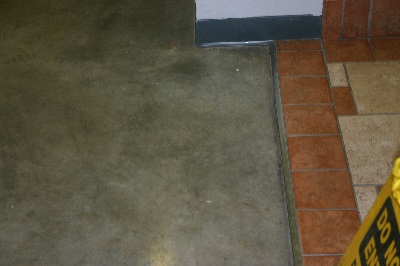 We retained an expert who informed that the threshold did not confirm to the Code of Massachusetts Regulations, 521 CMR 29.2.3, which clearly states that “Changes in level greater than ½ inch are not allowed unless a ramp, walkway, or means of vertical access complying with 521 CMR is provided.”

The store was “self insured,” meaning they did not have insurance, but adjusted and paid injury claims themselves in a corporate office. Rather than fight us, they agreed to a settlement following the medical expert and engineering expert opinions.