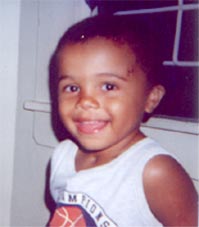 Our office persevered, liability was proven, and the case settled shortly thereafter to Trevon’s benefit.

When Ben was two, he fell off a ladder at a public playground. Our investigation showed that the playground accident occurred because the rung he grabbed was a defective product- it spun around and Ben’s hand slipped off. We filed suit in Superior Court and the City defaulted. After obtaining a judgment against the municipality, they retained an attorney and tried to dismiss the case. We aggressively pursued Ben’s case and it was settled favorably.

Family Compensated for Child’s Broken Arm Due to Unsafe Premises

Nine year old Donna was playing tag with her friends when they went up onto the loading dock of a VFW Hall. Barbeque racks placed against the handrail prevented her from proceeding down the steps. Unfortunately, she fell over the railing onto the driveway. She broke her arm and required surgery, however, the surgery did not seem to correct the problem — she remained largely disabled. Ironically, while still recovering she broke her arm again and this second break repaired the poor surgical result! The insurance company adjuster for the VFW argued that they would never pay as they were not responsible for preventing this type of injury. Because the statute of limitations in this type of a case would not begin to run until Donna was 18, we waited it out. We were not going to give up.

After several years and several adjusters, we finally obtained a fair settlement. Donna never had to testify about her awkward fall or pain and suffering.