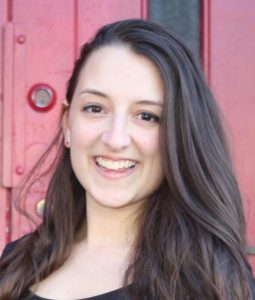 Concussions from car accident cause long term harm and occur frequently.  At the Law Office of Burns & Jain we see firsthand the damage that concussions bring not only are the victims of the accidents but the family and members of the community are affected as well. Car accident lawyers nationwide are trying to raise awareness of these types injuries. We hope by offering this scholarship we will raise awareness to the dangers of concussions caused by car accidents.

We asked our applicants the following:

You’re driving into Boston to visit your friend who is just finishing up his/her first year at “College U”.  You’re unfamiliar with the crazy streets of Boston and cell phone GPS keeps losing signal, telling you to take the next left even though you know you’re pretty sure you need to go right onto Columbia Road to get on 93 north.  Meanwhile, your friends are arguing over who deserves more credit for the Patriots success, Tom Brady or Bill Belichick.  You start to chime in as you merge onto Columbia –

and bam!  You’ve been hit from behind and your car is hurtling across the road.  You’ve been in a car accident.  Your adrenaline is through the roof and your head is bleeding from hitting the side paneling.  You’re seeing stars and are confused.

Next thing you know you’re sitting on the curb with people telling you to lie down.  Your friends don’t seem to be too hurt and aside from a little blood and be disorientated you think your fine.  The paramedics approach you and ask if you want treatment.  You don’t want to seem like a wimp and you assume that ringing in your ears will go away eventually.

Do you go with the paramedics?  Why or why not?

My dad made sure things got real when I turned sixteen and started driving. On the way home from getting my license, he started telling me stories of the car accidents he had responded to. He told me about the teenager whose car wrapped around a tree when her speed prevented her from turning with the road; he told me about the little boy who died in his arms after his grandma fell asleep at the wheel; he told me about the people who refused treatment even when concussions and internal injuries were possible. These weren’t exactly the stories I wanted to hear while planning joy rides with my friends. But they were the stories I needed to hear.

When people think of car accidents, they usually stick to two ends of the spectrum. Like the first two stories my father told me, accidents resulting from speeding, drinking, or not wearing a seatbelt are horrific. These are the accidents we know are bad as soon as we see them, where the injuries are apparent. The other end of the spectrum usually involves fender benders and accidents just bad enough to anger your parents and your insurance company. But it’s the accidents that fall somewhere in the middle of the spectrum, like the one described in the provided scenario, that are often forgotten about. They’re bad enough to shake you, but not necessarily bad enough to visibly hurt you. There was a reason my father included possible concussions in his list of car-related injuries. It’s an injury you can’t see, and maybe even an injury you can’t feel. But untreated concussions can lead to fainting, increased fogginess, nausea and vomiting, and puts individuals at a higher risk for further brain injury.

If I was in the car accident on Columbia Road, I know my ears would be ringing as much with the aftershock of the accident as they would be with my dad’s warning: always accept medical treatment, no matter how fine you feel. Not only could your symptoms worsen later, but
the person at fault for the accident could never be held legally accountable for the injury because you waited to receive treatment.

My father, now the chief of the volunteer fire department, used scare tactics to better ensure my safety while driving. But he knows as well as I do that you can’t prepare for the mistakes other drivers make. What you can do is accept the medical treatment offered thereafter.

Burns & Jain is open and currently taking new cases! Due to the nature of the Corona Virus we’re conducting all client meetings over the phone or video and working entirely remotely. To schedule your initial consultation please call us today at: 617-229-6950