Injury Symptoms After a Car Accident

Car accident injuries account for more personal injury claims than all other types of claims combined. There are about 3 million motor vehicle accidents that result in injuries each year in the US.  Victims suffer a variety of injuries including disc trauma, internal injuries, broken limbs, lacerations, emotional harm, disfigurement, concussions and traumatic brain injuries.  Unfortunately, here in Boston we have about 4,500 serious injury auto accidents each year. 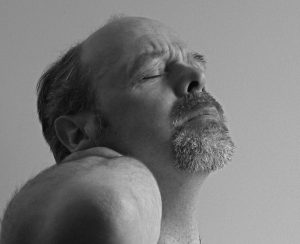 The majority of car accident claims concern whiplash-type injuries, also called acceleration-deceleration injuries.  These involve sprains and strains to the soft tissue area of the neck and back or the muscles, tendons, and ligaments.  A whiplash can produce car accident symptoms such as the following:

A whiplash injury is commonly sustained in a rear end accident.  Upon impact, the driver or passenger may experience a rapid forward and then backward motion, or an acceleration flexion-extension motion that pulls and tears the muscles and tendons.  Though car accident symptoms from such injuries generally dissipate with conservative treatment after 4-6 weeks, a whiplash injury can damage spinal discs and result in a permanent disability or loss of function in some cases.

In many cases, the symptoms of a whiplash injury may not manifest for several hours, or even days, after the accident.  Some victims may not immediately seek treatment for a week or more despite feeling symptoms as indicated above until the pain becomes too intense or is not dissipating.  In such cases, insurance adjusters often suspect that a claimant is fabricating symptoms for financial gain.  Low speed accidents with minimal property damage may also cause symptoms and many studies support such injury claims though insurers and juries often are skeptical that any injury could occur in such circumstances. 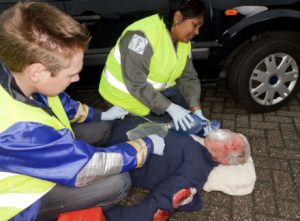 A herniated disc can result from trauma sustained in a car accident.  It is a disc that bulges or ruptures, meaning that the soft, rubbery material located in the center of the disc is squeezed out and causes a bulge that may contact or compress a nerve.  Symptoms include:

Herniated discs can be treated conservatively with rest, massage, hot and cold packs, anti-inflammatory medications, steroid injections, and back strengthening or stretching exercises.  If the pain and weakness persists along with the loss of motion interferes with your normal daily activities, then surgical intervention may be recommended.

Concussions occur when the brain impacts the inside of the skull, usually when your head hits an object or the window in your car in a collision.  You can become disoriented, suffer amnesia or loss of some brain function. Other symptoms of a concussion may become apparent hours after the accident such as:

Normal brain function may not return for days or several weeks following the trauma. Anyone who is in a car accident and experiences any of these symptoms should promptly seek medical care.

Although PTSD is often associated with returning combat veterans, victims of severe or tragic accidents also suffer from this condition.  Following a car accident, it is normal for someone to feel anxious or insecure.  You may also feel disoriented, confused or numb.  Although these symptoms often disappear after a few days or weeks, for some people they may persist especially if a fatality occurred or the victim suffered a serious or disfiguring injury. Common symptoms of PTSD include:

This can lead to extreme depression, alcohol and drug abuse, or worse.

Injured victims of car accidents may bring claims against the drivers who caused their injuries.  These claims may include damages for:

It is not uncommon for insurance adjusters to doubt an accident victim’s alleged symptoms, especially if the injuries are soft tissue or stem from PTSD since these are often subjective.  Prompt medical treatment following an accident and careful documentation of symptoms, detailed medical reports and records, and an inability to perform normal daily activities can support a claim for damages and reasonable compensation.  Contact the offices of Burns & Jain, a Boston personal injury law firm who has successfully obtained millions of dollars in compensation for their personal injury clients over the past 30 years combined.