Car Accident After the Super Bowl 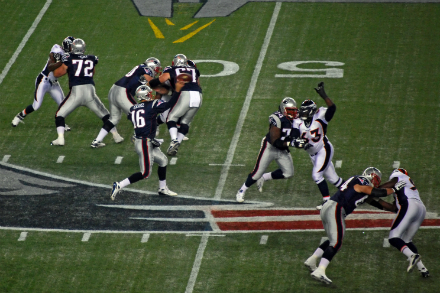 Shortly after the AFC Championship game played in Foxboro, defensive lineman Vince Wilfork from the victorious New England Patriots was driving home with his wife when he noticed an overturned vehicle on the roadway.  He stopped and comforted the injured motorist until police arrived and then extricated her from the car.  While many have rightfully applauded the selfless act of Mr. Wilfork, what was forgotten in the event was that the driver was charged with drunk driving and negligent operation of a motor vehicle.

Drunk driving arrests after a pro sporting event are not that unusual, but a Canadian study from 2003 highlighted an interesting statistic regarding Super Bowl car accidents since the event is now regarded as an unofficial “holiday” by nearly everyone even though the game occurs on a Sunday.  The study researched 27 Super Bowls, from 1975 to 2001 and compared the rate of fatalities and injuries with subsequent and previous Sundays.  Their findings showed that road injuries increased by as much as 41% after the Super Bowl.  The rate was much higher or 70%, in the first hour after the event concluded.  What was more striking was that the rate of car collisions increased 68% in the losing team’s state as compared to only 6% in the winners.  In all other states, the increase was still substantial at 46%.  Fatal accidents also increased by 41%, which is higher than that seen during New Year’s Eve, which is considered the deadliest holiday.

The Psychology of Losing 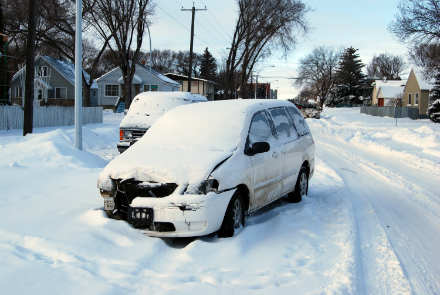 Drunk driving increases during the evening hours, especially on weekends, and during holidays such as New Years Eve and July 4th.  The Super Bowl is a major American event with house parties and bars packed with fans for a day of feasting and drinking.  Even with ride share companies prevalent in many major cities and towns and the awareness of the dangers and consequences of drunk driving, many people choose to ignore the risks or feel they are able to handle driving despite having had imbibed.

Researchers from the Canadian study, though, had some other possible explanations for the dramatic increase in Super Bowl car accidents, especially in the losing team’s state, which are due not only to drunk driving car accidents but to these factors:

A Super Bowl championship means so much to the winning city and state that the enthusiasm generated may account for heightened awareness or commonsense while driving since it is unlikely that fans from a winning team’s state drink less.

Unfortunately, many of the victims of drunk driving car crashes are pedestrians, bicyclists, and other motorists and passengers.  All drivers have a legal duty to exercise reasonable care when driving, which includes not driving after drinking.

Safety Tips After the Super Bowl

Regardless of a Patriot victory, do not drive if you feel any effects of the alcohol you imbibed.  Many people do not realize how much they have drunk over several hours.  If you are in an accident and are impaired, you face criminal liability.  In a fatal accident, Massachusetts law also allows the aggrieved party to claim punitive or exemplary damages that your auto insurer does not cover.

Consider the following tips after the game and save yourself not only the ignominy or a DUI charge, but the extreme consequences that a conviction entails especially if you or someone else is injured or killed.

Police are out in force after the Super Bowl and many municipalities set up DUI checkpoints.  Having a sober and focused person drive you home is the best way of avoiding an arrest, arriving home alive, and not posing a risk to anyone else.

Damages in a Car Crash Case

Injuries from  car accidents may result in personal injury claims for which you can be compensated.   If you were injured in car accident caused by the negligent operation of a car or other motor vehicle, you may claim the following damages:

If a loved one suffered a fatal accident, the administrator of the decedent’s estate can bring a wrongful death claim for the following damages:

Neil Burns has been representing the rights of injured plaintiffs in car crashes, drunk driving accidents and other injury claims for over 25 years.  Mr. Burns only collects a fee if you get a settlement or money verdict. Call Burns and Jain today for an assessment of your injury claim and how he can help you obtain the compensation you deserve.